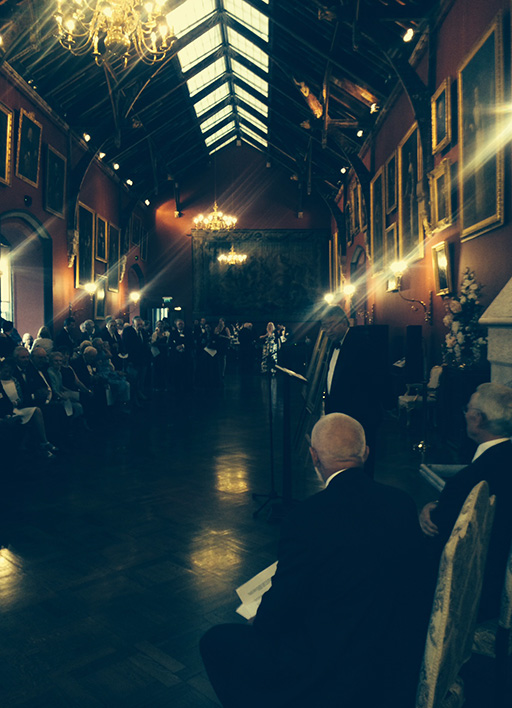 A member from Australia, Jacqui Rutten writes “My great, great, grandmother Mary Butler was born in Cill Chainnigh (Kilkenny) in 1838. While in Ireland in 2014, to speak at an international music conference, I visited Kilkenny Castle, and they told me about the Butler Family History book which I purchased and then joined the Butler Society in the hope of ascertaining whether our Mary Butler was in any way related to the Castle Butlers.  Rothe House in Kilkenny helped research local records for a fee. I visited Kilkenny again in August this year, as I was granted a Composing Residency in Ireland. When I went to Rothe House, Mary Flood gave me a map showing where my ancestors had lived. My grandfather, Arthur Knights, also had a grandmother from Kilkenny and he is engraved on the Melbourne Shrine of Remembrance”.

Following her brother Michael who arrived in Melbourne on 14th January 1858, Mary Butler arrived in Melbourne on 30th May 1860 on the ship “Atalanta”. She was 22 and went to work as a general servant for W. H. Smith, Cecil Street, Emerald Hill for £18.0.0. per annum. A further 2 sisters also emigrated to Australia. Mary married Edward Lawlor (born in 1841in Kilkenny) in late December 1865 in Geelong, Victoria. Over the next 18 years Mary gave birth to 3 sons and 5 daughters at Mount

Prospect, Victoria. Mary died in 1906 some 6 years after the death of her daughter, Catherine. She was survived by her husband who lived a further 6 years.

A taxi driver told Jacqui there were still Butlers living in Johnswell, so she hopes to contact Johnswell church soon.  She wrote these words in the hope that some readers might know something of the Butlers of Johnswell, just outside Kilkenny.  If you do, please email or write to her at 4 Hayes Place, Belgrave, 3160 Australia.

Famine was a regular feature of 18th and 19th-century life in the British Isles. In fact, there were 14 partial or complete famines between 1816 and 1845 in Kilkenny. In the autumn of 1845 blight struck the potato crop across Ireland which was the staple diet of some 50% of the population. In Kilkenny, about one-third of the crop was affected, and up to one-half of the crop was destroyed in some parts of Ireland. This was a new type of blight in Ireland, Phytophthora infestans, an air-born fungus which turns both planted and stored potatoes into inedible rot. The winter of 1845 was mild but the spring of 1846 was wet. In mid-June, there was a heat wave and by early August the blight had spread to a point that 90% or more of the Irish potato crop of 1846 was destroyed. The new Prime Minister, Lord John Russell, followed a strict policy of laissez-faire, where the government would leave affairs to private enterprise.

In April 1847, the government decided to discontinue the public works schemes and changed its policy of providing outdoor relief and food depots were set up to provide cooked food, mostly soup, to the destitute population and at a low price to others. Unfortunately, the establishment of soup kitchens took time and many people had already died. By July 1847, 3 million people in Ireland were provided for daily by soup kitchens. The blight brought starvation, disease and death on an enormous scale. Between 1841 and 1851, the population in Kilkenny declined by more than 43,600 of whom some 36,400 had died. From 1851 to 1856 a further 23,800 had emigrated, many like Mary Butler and Edward Lawlor to Australia.