Castle Roche stands about seven miles north-west of Dundalk in what is arguably the middle of nowhere. This fortress once presided over the northern frontier between the Anglo-Norman controlled Pale and the Gaelic kingdoms of Ulster. It should really be called Rohesia’s Castle after Rohesia de Verdon, a feisty heiress who inherited these lands during the early 13th century. 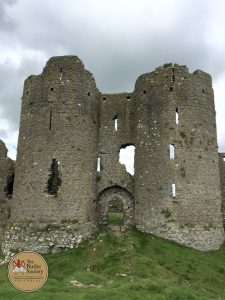 Born in about 1200, Rohesia was a well-connected lady. Bertram de Verdon, her Anglo-Norman grandfather, had arrived into Ireland alongside the future King John in 1185 and acquired a good deal of land. Considered a good catch, Rohesia was obliged to ditch her first husband John de Bellew ‘at the special request of the King’ (aka Henry III) who decreed that she be wedded instead to Theobald Butler, the monarch’s Chief Butler in Ireland. She bore Theobald two sons and two daughters before he was died in Poitou, France, in 1230, while serving with his monarch in the Gascon Campaign. Theobald’s remains were returned for burial at the abbey in Arklow, County Wicklow, where he would later be joined by his son and grandson, the 3rd and 4th Chief Butlers respectively.

Meanwhile, his ambitious widow decided to build herself a castle. The story runs that nobody was willing to work for Rohesia because of her lousy temper. At length she made an offer to marry whosoever built her a castle. Given that she was such a wealthy heiress, this was no mean proposition. The winner was the unnamed architect of Castle Roche, an impregnable bastion situated high upon a limestone outcrop. Shortly after Rohesia and her new husband moved in, she is said to have invited him to behold the majestic view from the highest window in the castle’s banquet hall. And then she shoved him out and watched him fall to his doom.

It’s a good story but one feels it was some sort of myth designed to denigrate a woman seeking to hold her own in the man’s world that the Anglo-Normans sought to created. Rohesia only married twice and both her husbands were dead when the castle was completed in 1236. The banquet hall where the so-called “Murder Window” is located wasn’t built until her son John de 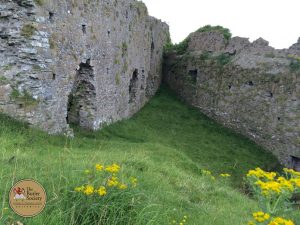 Verdon reached his majority in around 1240. Rohesia later became a nun at the Gracedieu Priory in Leicestershire, where she died in 1247. She was buried in nearby Belton where her effigy can be seen in the parish church to this day.

Castle Roche, which appears to be based upon Beeston Castle in Wales, served as a vital strategic stronghold on the frontier between Ulster and the Pale, controlling the pass into what is now South Armagh. The de Verdon family remained there for several generations but the castle itself had been abandoned by the time the forces of that arch-castle-thrasher Oliver Cromwell directed a few token cannon balls at it in the 1640s. What remains today is as good a castellated ruin as you will find in Ireland. 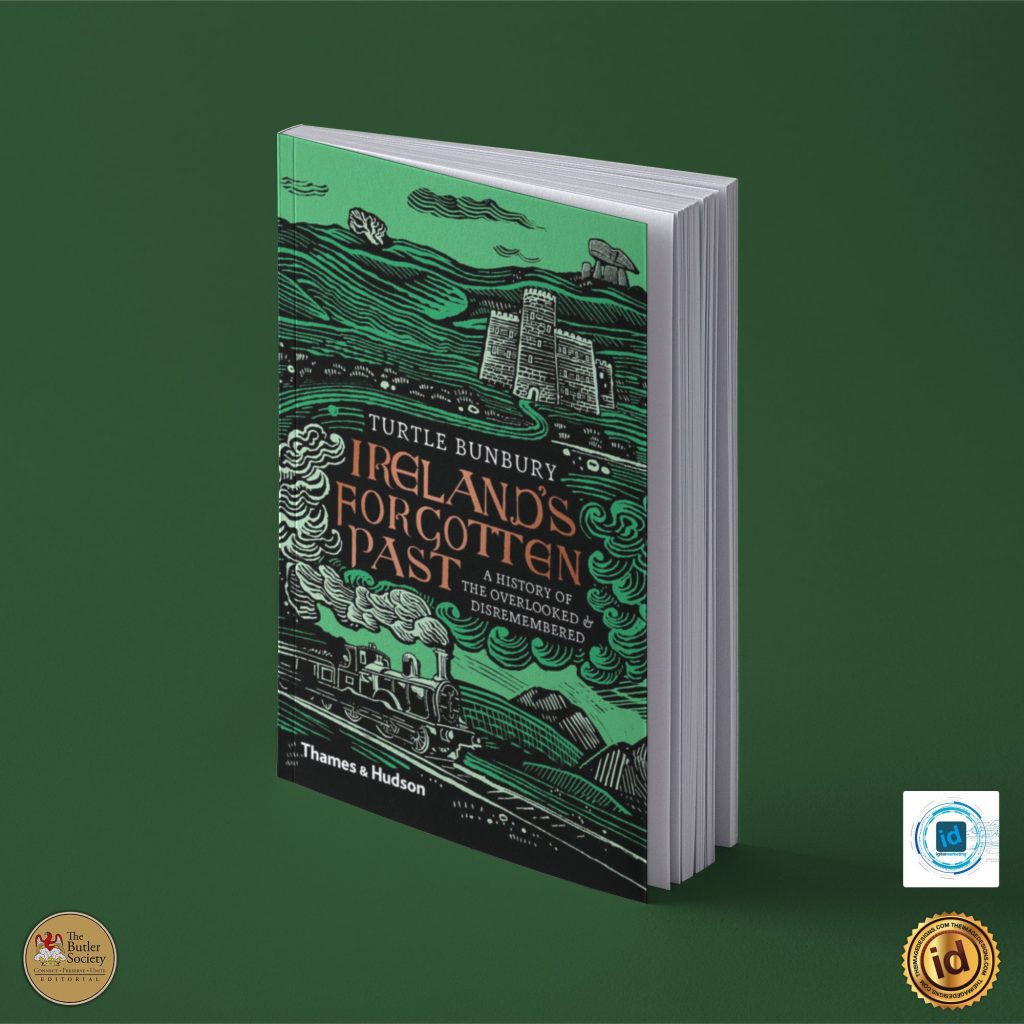 ‘A delicious book … a stirring atlas of Irishness’ – Sebastian Barry, The Guardian

‘A rare and cherishable thing: combining assiduous research with a nose for ribald fun, Bunbury disinters the odd, the arcane and the profoundly surprising from the dark recesses of a mostly unknown history’ – The Yorkshire Times